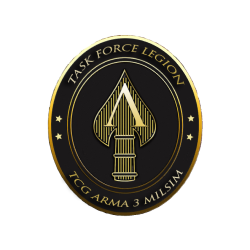 DEPARTMENT OF THE ARMY

All Guests and Members must read and agree to the rules and standards listed below.

Be respectful and courteous at all times. There is zero tolerance for bullying, discrimination, harassment or hate speech anywhere on any TCG servers.

Personal attacks, name-calling, trolling, or any other forms of abuse will not be tolerated.

Do not spam the channels - this includes excessive use of emotes, images, soundboards, and videos.

Discussions and comments should be kept relevant to the channels. Refrain from discussing divisive subjects such as politics and religion.

Content considered to be “NSFW” (Not Safe For Work) or offensive is not allowed - this includes but is not limited to sexual content and violence as well as inappropriate symbols, images, usernames and excessive profanity.

Some of our bots automatically screen and remove messages containing banned words either by exact matches or via “wildcards." Attempting to bypass the filters or find loopholes around our rules is not permitted.

Be considerate to your fellow users and remember that this server includes people from around the world. Please keep pings to a minimum. Role pinging may be done to facilitate communication with a moderator, administrator, or staff member.

Any advertisements that are not coordinated in direct collaboration with Community Directors are prohibited - this includes links to other discords without approval.

Requests made by the TCG Staff, Moderator, or Admin teams must be followed. If you have an issue with a Moderator or Admin, please contact a member of the @TCG Staff.

We always welcome constructive criticism however making disparaging and unsubstantiated comments about members of the TCG moderation team, openly criticizing moderation decisions or TCG in general may result in corrective action.

These rules are intended as general guide and are not exhaustive. Moderators, Admins, and Staff may moderate at their own discretion.

Ignorance of the rules does not make you exempt from the consequences of breaking them.

TCG will operate on a 3 Strike Basis. Simply put, Three strikes and you’re out.

Upon the First violation of the above ruleset, unless a personal attack or threat of violence, TCG Staff will issue a warning. This warning will be documented via the Perscom Community Guidelines Violation Portal for tracking purposes.

Upon the Second Violation for similar offenses, TCG Staff can take the following actions:

Upon the Third Violation for similar offenses, a personal attack, or threat of violence, TCG Staff can take the following actions:

In the case of disagreement over corrective actions taken by TCG Moderators, or TCG Administrators you may appeal to TCG Staff via the appeals forum of the TCG website. TCG staff will review the appeal and issue a decision. That decision is final.

Below is the line-up of staff in TCG. This also includes their Moderation responsibilities in the community

Members of JTFC or those approved by TCG Community Owner.

Task Force Legion members E3 and up, as well as persons that have been in the community in good standing for 45 days (Pending TCG Administrator approval).

Persons who have agreed to the TCG Community Guidelines and are awaiting membership.

Revisions
Export
Back to top